Add multiple messages and experiences to your campaign in the Actions step. You can have up to 100 actions in a single campaign.

There are two options for adding actions to your campaign: 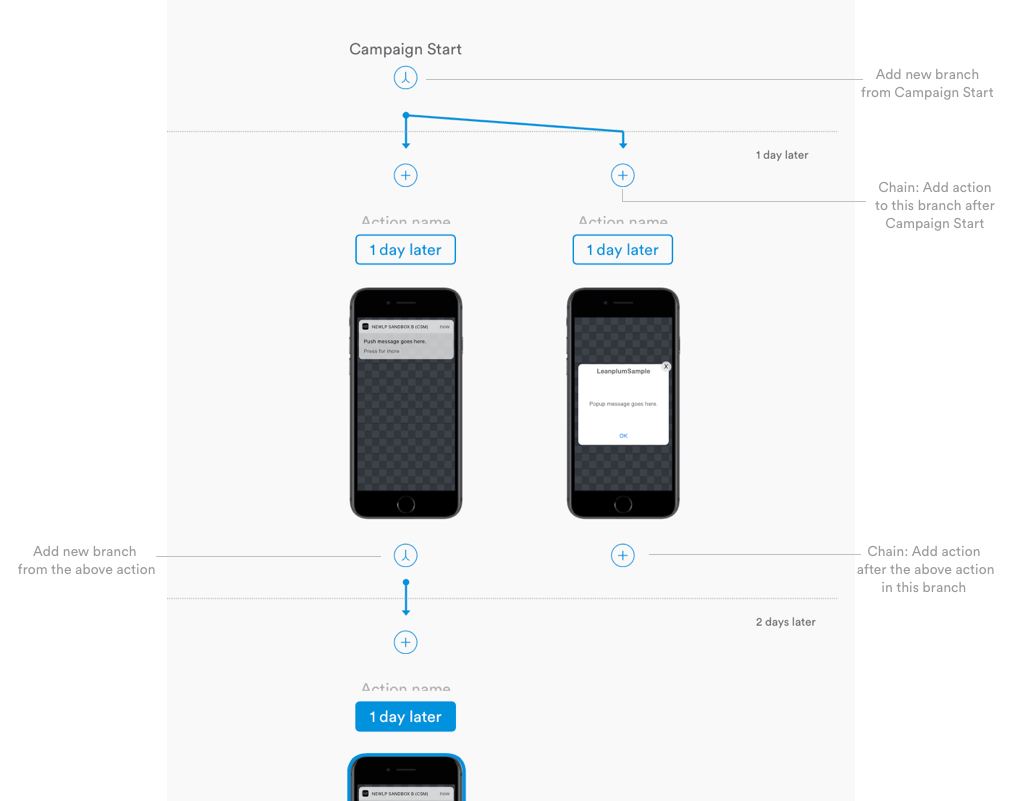 A chain is a series of messages (or experiences) that are sent to users over time in a sequence. To create a chain, add a new action either before or after an existing one.

Click the + button in the visual editor to add an action at that point in the campaign.

Next, you'll be able to choose a messaging channel, edit content, and set delivery and audience settings for your new action.

Chains of actions must be done in sequence

To travel through a chained campaign, users must receive each action in order. In other words, a user can't receive the next action if they haven't received all the actions before in the chain.

Branches create a new path for users to travel through your campaign. You can create a branch with a specific Sub-Audience to create a different path for a specific user segment.

In the Actions tab, you can split a campaign into branches from Campaign Start or from any existing action.

Select the branch icon to create a new path at that point in the campaign.

This will create a new action for which you can choose your channel, template, and delivery settings.

For example, let's say you are sending a re-engagement push notification to users who haven't used your app in a while. Users who tap the push could receive an in-app message with a special offer or message. Users who don't tap the push could continue in a different branch of the campaign that sends another push reminder the next day.

Copying creates a duplicate of the action, which you can then drop anywhere in your campaign.

icons to insert the copied action at that point in the campaign. 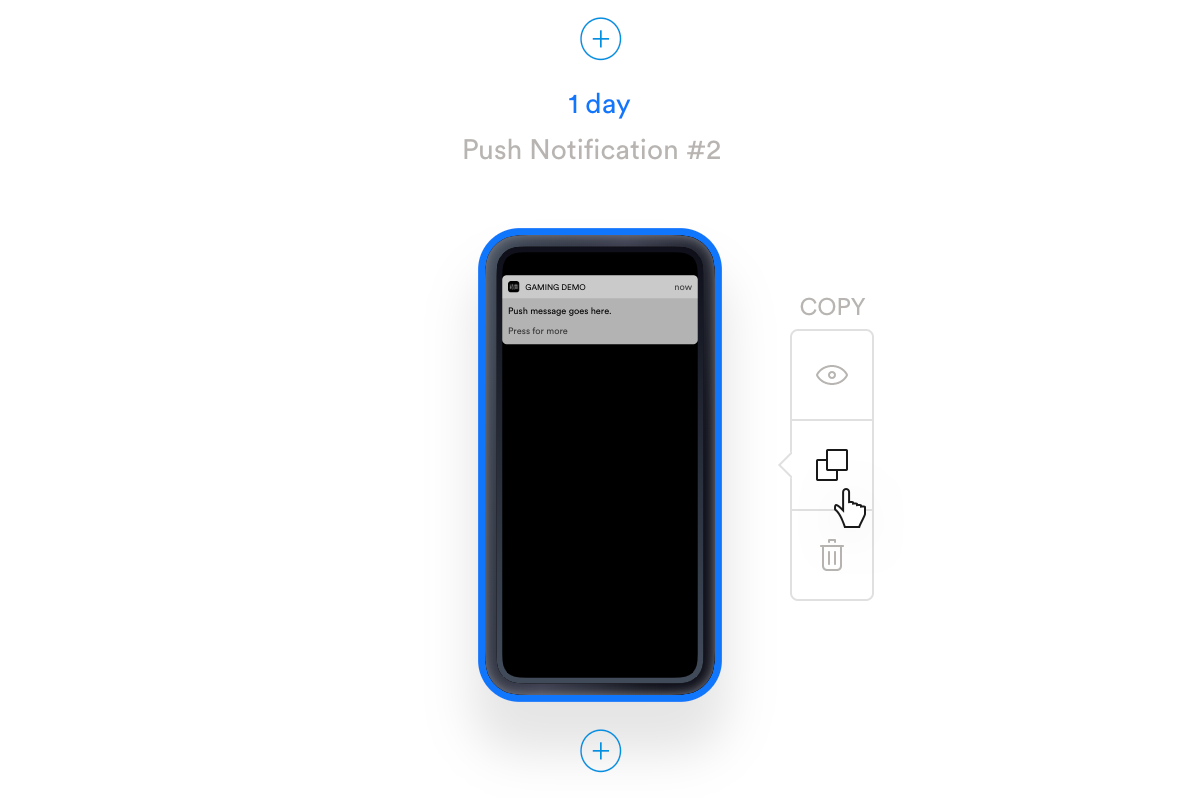 Select the action you want to delete using the visual editor on the right, then click on the trash icon. 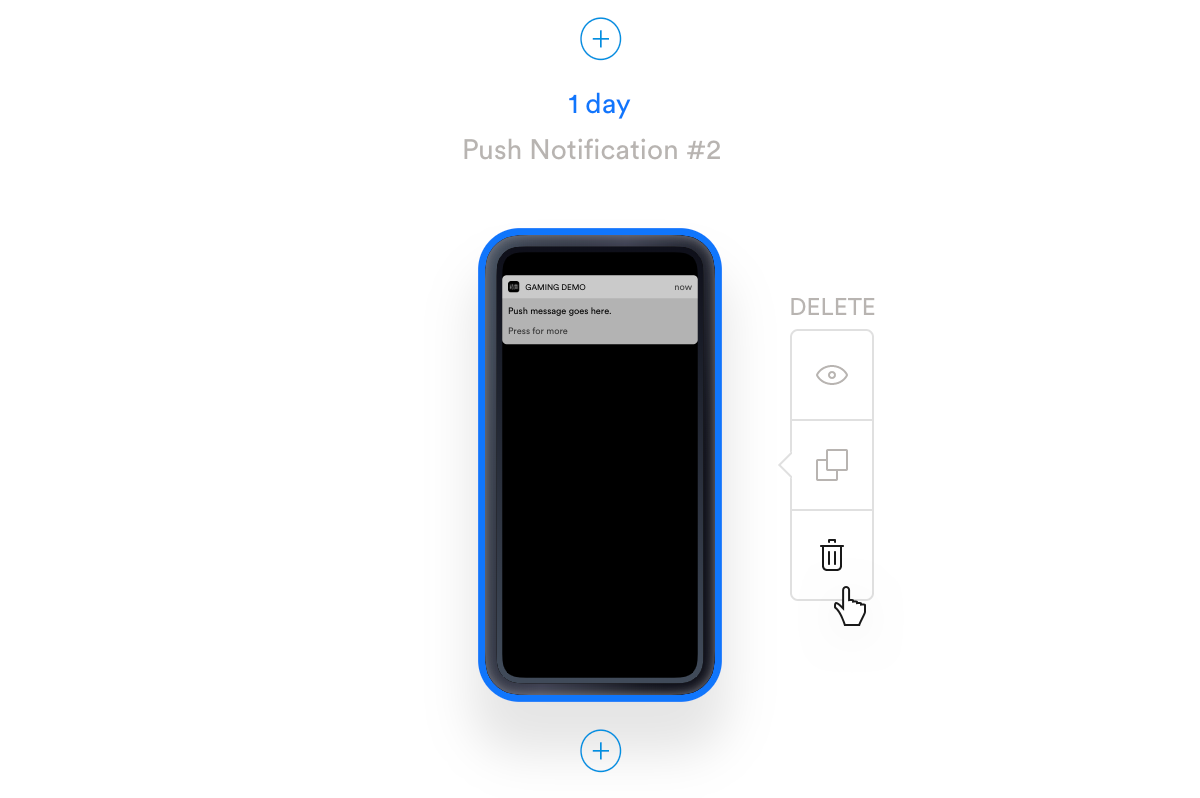 Delivery and audience settings for chains and branches

Chain settings. Chains of actions require users to receive all preceding actions to continue in a campaign. In other words, you cannot receive the third message if you never receive the second. Keep this in mind when choosing a sub-audience for your earlier actions.