The audience for a new campaign is set to “All Users” by default. Narrow the audience by including or excluding an audience. Also, by defining additional rules from the Advanced Mode.

Include and/or Exclude Audience

You can include or exclude users from the audiences available on the Audiences page. 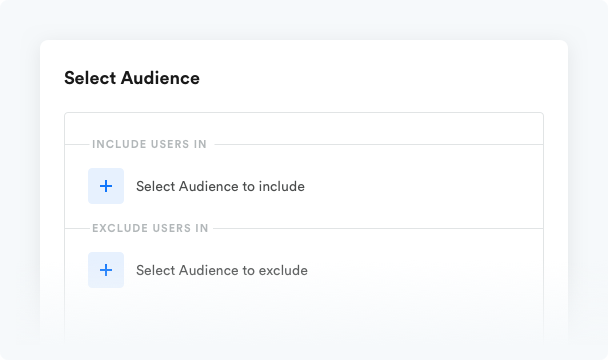 The Advanced mode helps you make quick customizations while giving insights about the best channels to engage users on.

Holdback
This represents the percentage of users in the audience who are held out of the campaign.

Sticky Audience
The campaign audience is re-evaluated before every action is sent. By default, users who stop qualifying for the campaign do not receive any further actions.

The Insights section helps you understand the audience targeted better.

To see actual insights data after defining the Audience, click the Refresh Data button in the upper right corner. 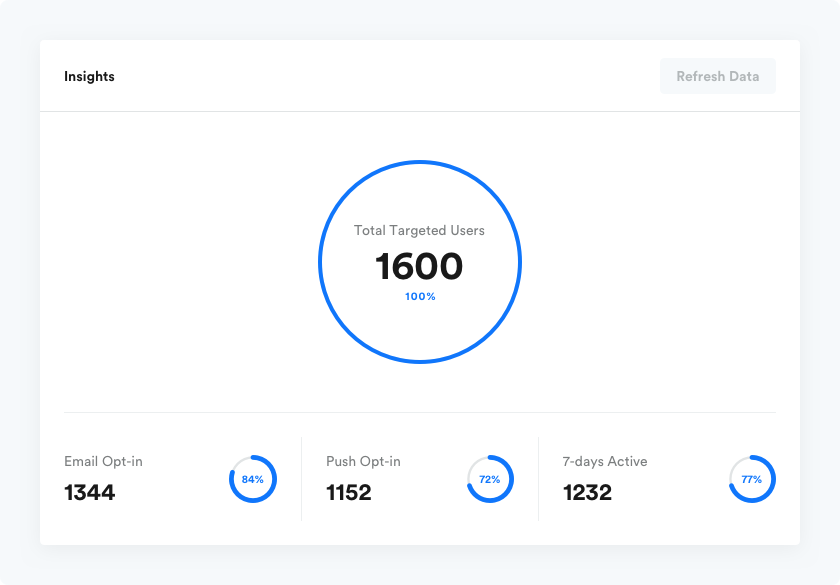 Updated about a month ago