A funnel is used to track a user's progression from one step to another. A typical progression might be: adding an item to the cart, viewing the cart, and then completing the checkout process. You can create a funnel with these three steps to find out where your users are dropping off.

Set up a Funnel

You can use events or states when creating a funnel. For our example, we'll create a checkout funnel with custom events for Add to Cart, Cart, and Checkout. 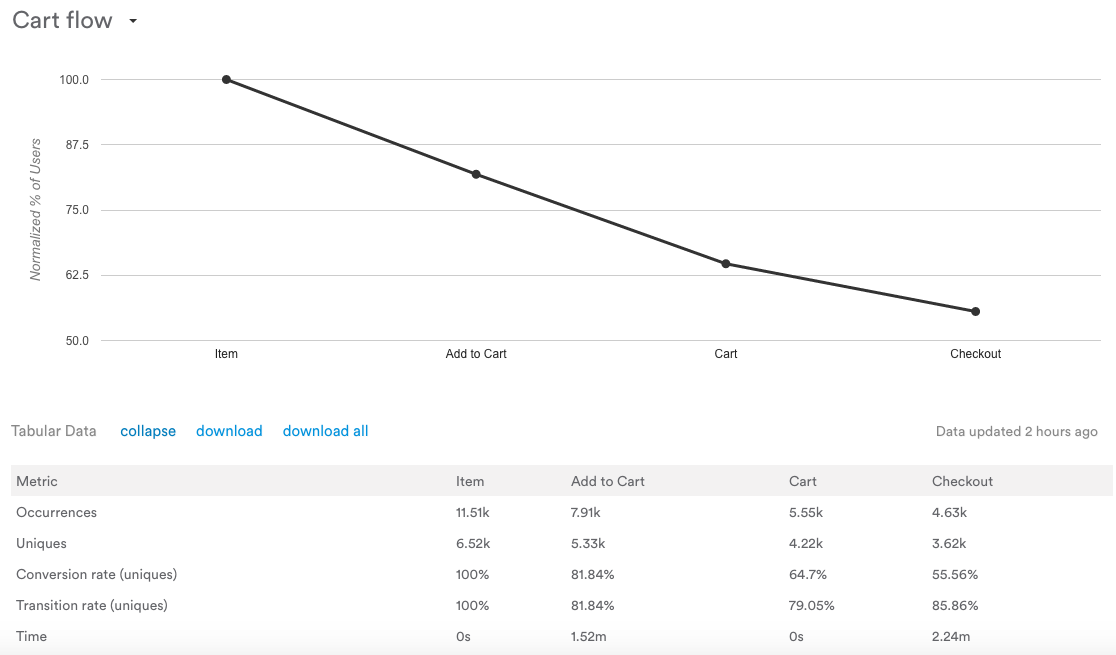 Enforced funnels means that a user must have done the first step to count in the next and so forth.

For the most part, Leanplum's funnels are unenforced.
In order to build and analyze enforced funnel in Leanplum Analytics, we recommend enforcing the event's consecutive tracking within the user flow of your app.
For example, let's say you have 3 onboarding screens and the user is enforced by the flow of your app to pass through all of them and cannot just open one of them.
That way you are making sure that if a user has triggered the event for screen 2 he has also triggered the one for screen 1 and you can analyze with a funnel where the user drops.

Another option would be for you to use a different event name and track that event when consecutive actions in your app occur.
Here is an example:

Let's say you are proposing different offers for users to buy inside your app and when a user selects an offer the event select_offer * is tracked.
Then if a user purchases that offer you will not only track purchase event but also a purchase_offer which will indicate that the purchase was done after an offer was selected.
That way in Leanplum you can set an enforced 2-step funnel to measure the conversion of the purchases done after a select_offer where the first step will be the event select_offer and the second purchase_offer**.

Leanplum Analytics is also providing the necessary data you need to build manually enforced 2-step funnels by taking the data from 2 different metrics and making the calculation in a separate tool.
This is also a possible workaround to calculate conversion between 2 events and simulate an enforced type of funnel.

Here is an example, how that can be done:
For this example, let's imagine that the funnel you want to build has 2 steps: CART_START_CHECKOUT_PROCESS and then PROCESS_PURCHASE. 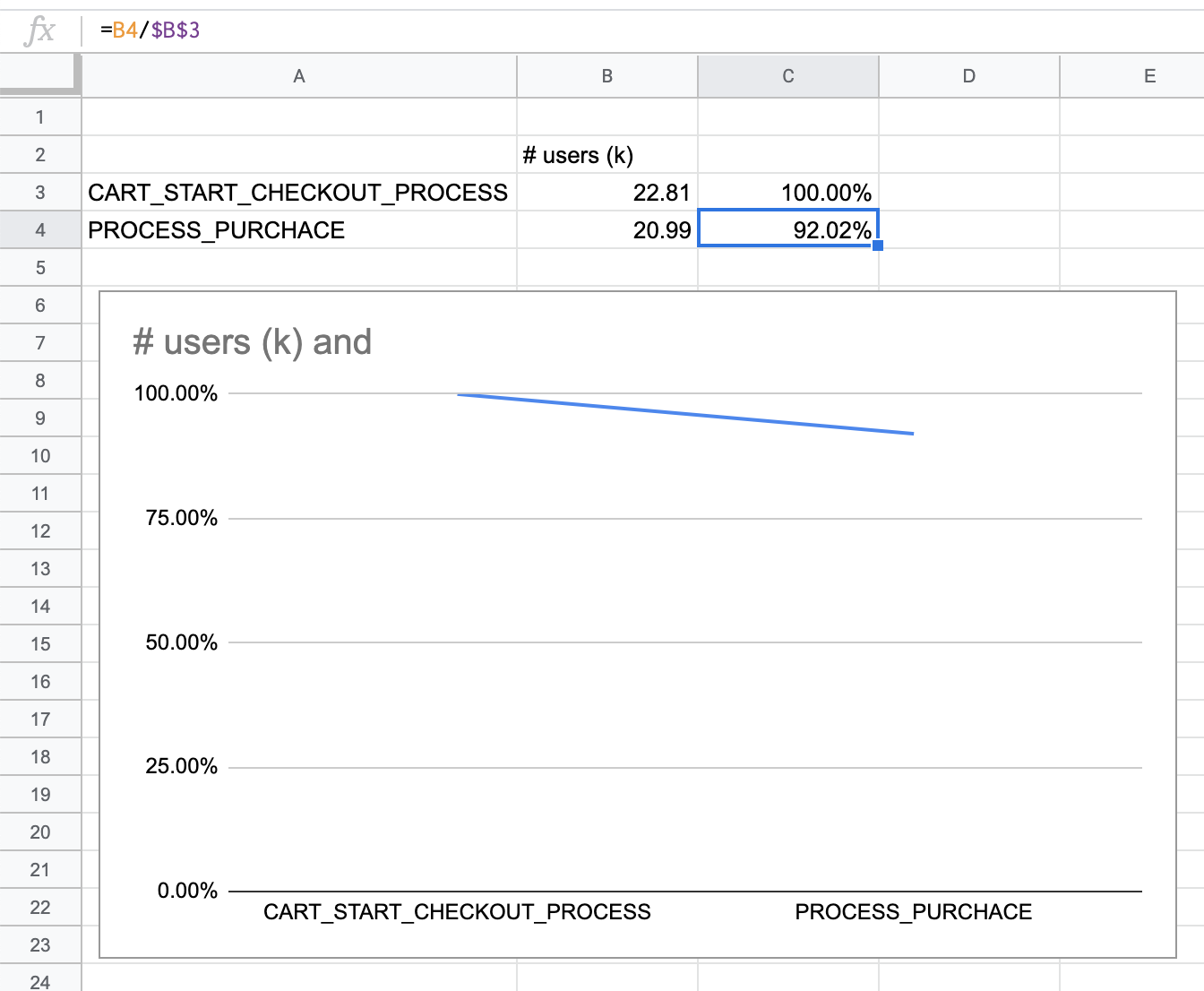 Take in mind the following limitations of the above workaround:

Updated about 2 years ago