This example has an in-app message appearing to all users. Users on the most recent app version are alerted to the new feature and deeplinked directly to it. Users on all older versions are informed that they need to update the app and are directed to the app store. 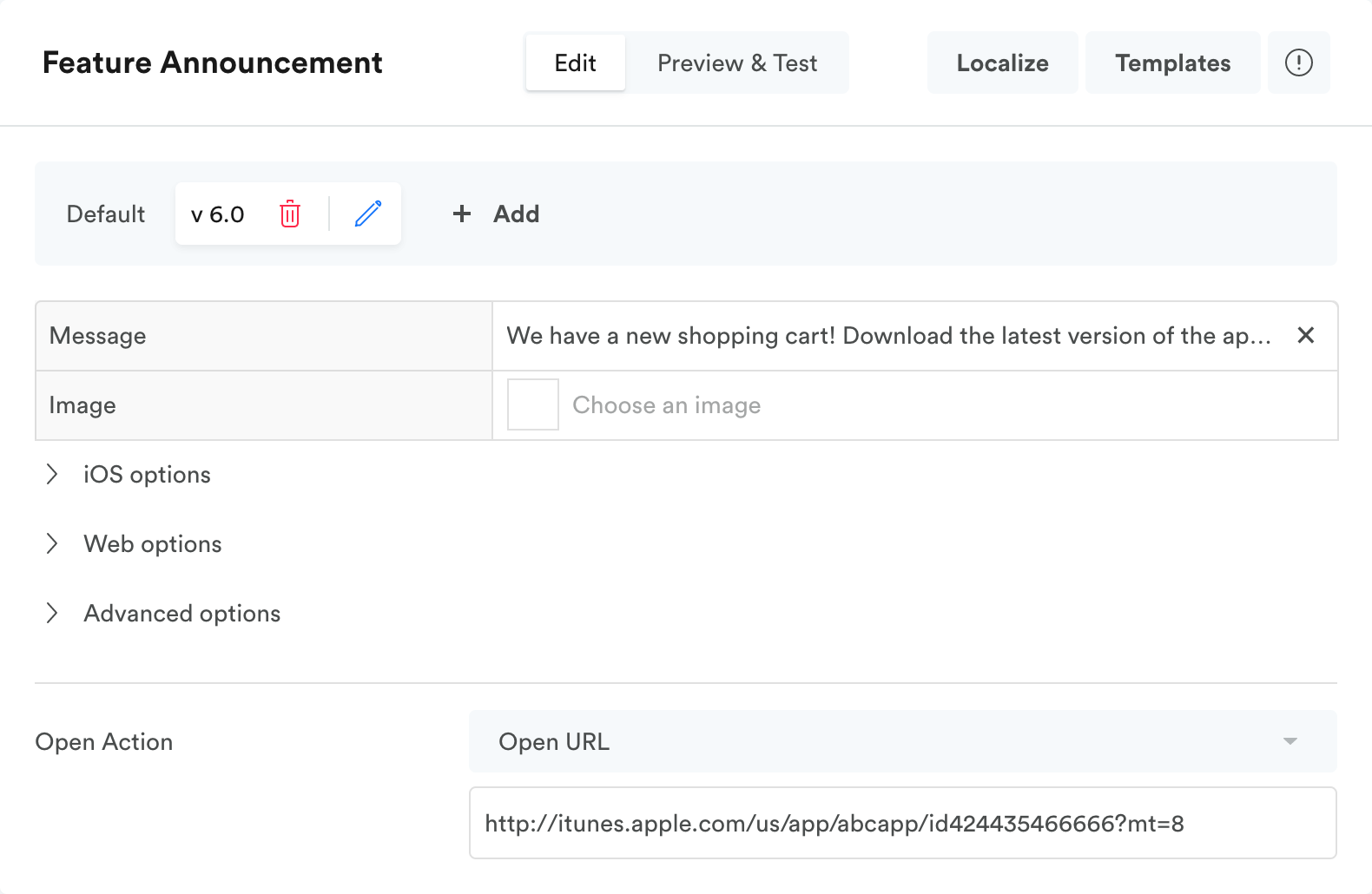 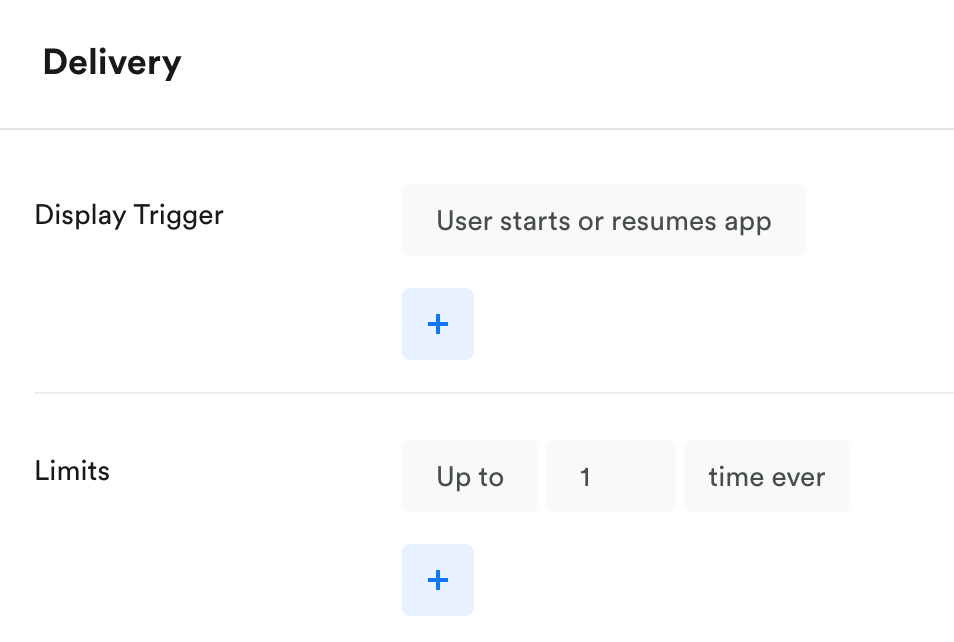